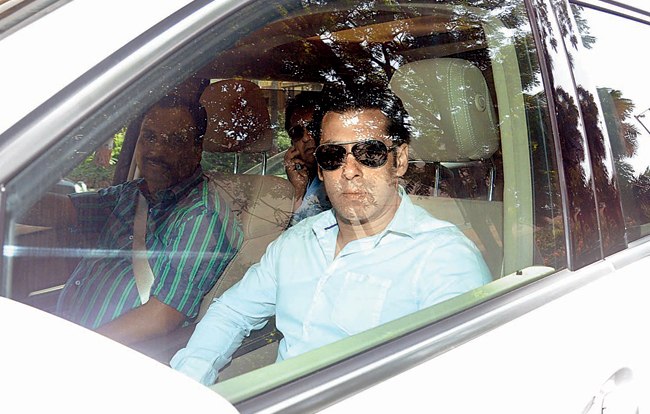 Salman Khan appeared before the Mumbai’s Sessions Court yesterday for his 2002 hit-and-run case. The court adjourned the case till April 28 as the prosecution sought more time. Clad in a white shirt and blue denim jeans, Salman came to the court and sat on a bench along with his bodyguard and sister Alvira. He keenly … Read more Salman Khan’s grim appearance