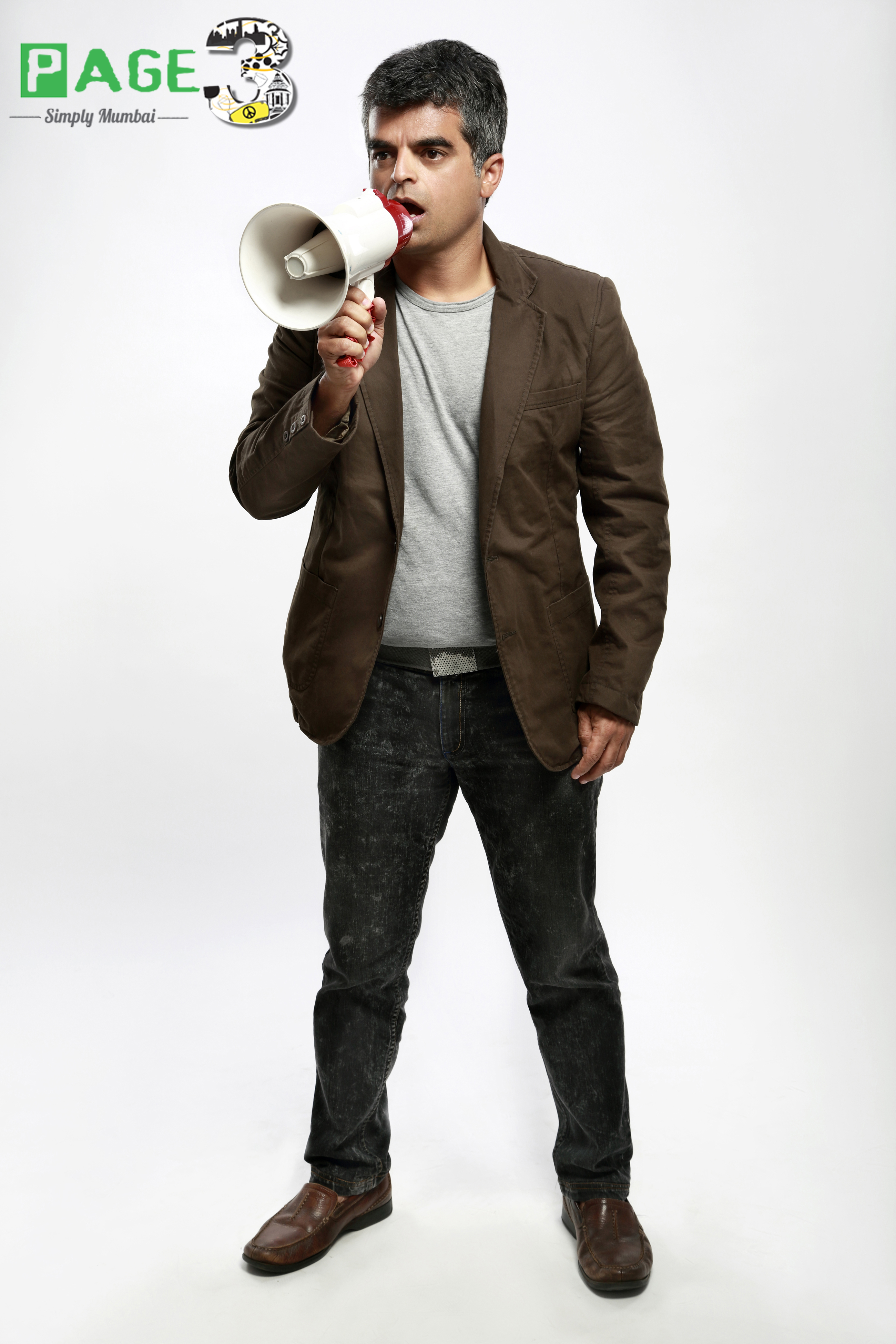 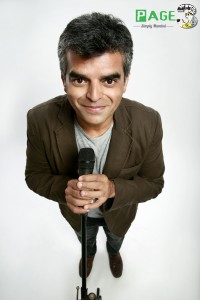 Life is a race … if you don’t run fast … you will be like a broken undaa!! In the present senario where everybody’s top priority is minting money, and winning the rat’s race seems , 46 yr old Atul Khatri’s life seems to be a refreshing change who, after reaching the zenith of his computer business thought of following what his heart says!

Atul Khatri, the famous comedian seems to be an inspiration or better say an epitome  of the old adage “Where There is a will , ther’s a way” .Atul, a computer engineer, who earned his management degree from Manchester Business School on  full scholarship ,returned to India to start his own setup.  Leaving behind a well established computer business and moving onto a new field of stand up comedy Requires tremendous courage!After all Following one’s Passion is never Easy!

Some of the excerpts of the telephonic interview:

Page3Mumbai: From businessman to Stand-up comedian ,Why such a transition? How did your family react to this decision?

Atul: Despite having a flourishing business, at a certain point in life,I developed sense of emptiness,as if something is not right.The Mundane task and business ,no longer appealed too me  and it left me relatively unhappy, which was sensed by my wife too. So i decide do something more challenging,something that i would derive inner happiness from .

And as far as the family support goes, my wife, who runs a beauty salon, my 2 college going daughters and my office family supported me whole heartedly at every stage of my transition. Be it going out every day to attend other comedian’s show or to perform myself, there stood by me through thick & thin.

Page3Mumbai: Most of stand-up comedians today fall in younger age bracket. Does that pose a challenge to you?

Atul: Not really, as I feel being 46 years old, I have more life experiences than younger generation comedian. I have more stories about my marriage, my life, my kids, my work, which is an advantage over any comedian in their twenties. Now-a-days people in twenties are a smart lot, but still having 46 years of experience definitely is a plus point for me. As the audience consist of mix of different age groups, I have to make jokes to suit all genres, so age definitely is a plus point for me.

Page3Mumbai: who or from where do u draw your inspiration from?

Atul:  I am inspired by my colleagues, younger generation, who are exceptionally brilliant. Like, I had been to Hong Kong last week for a performance; there were around 10 -12 comedians, each with different genre, with different bearing, which inspired me. Also since I perform across the globe, like I have performed in Hong Kong, Amsterdam, Belgium, I tend to came across many people from different caste, creed, different capabilities & styles which is an inspiration for me. Great comedians like George Carlin, Louis CK , Mitch Hedberg, Jerry Seinfeld are a true inspiration to  me.

Page3Mumbai: What difficulties did you come across as a comedian initially?

Atul:  Actually I am not a stage person, and frankly speaking,stage fright so that was the main hurdle. This is a serious business, where in every performance is a challenge, because you don’t know how the audience will react, how their mood is, if the performance is abroad, you have to adapt to their accent, their tastes.For instance a joke which makes people in India laugh, may not get same response abroad as every country has their own culture and behaviorism. 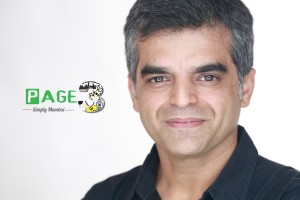 Page3Mumbai: How and where did you your first act happen and what was audience reaction ?

Page3Mumbai: Which is the toughest part for a stand up comedian?

Atul: There is golden rule to stand-up comedy, which is you can’t pick jokes from the  internet, whatsapp or copy others jokes. You need to have new material, new jokes which have been tested properly. People have worked 1-2 years for creating a good 30 min performance. And you have to work hard to give such a performance because for example in Canvas Laugh Club, Palladium Mall in Worli where I perform, people pay 750 bucks to listen to us. And if the performance is not upto mark, the audience is not happy or satisfied, they may not come back or you may not get another chance. So it’s very necessary to be innovative,as I said earlier you never know what audience may or may not like. You don’t want them to say “he was OKAY”, “Not such a great performance”, “Not a paisa vassul performance”. You want them to say” PAISA VASOOL THA BOSS!”

Atul: I am a new-comer myself,i am in no poisition to give advice to others. I have bneen in thie field fro two years now, so I consider myself a newbie. The advice which I got from two of my friends who are from this industry is that, keep performing as much as you can, whenever you can, keep on testing, writing, improvising, changing and see how the audience reacts.Doing comedy is a serious business. It’s not as easy as it seems. Making people laugh, understanding their moods is not easy as it seems.

It’s our conversation with Mr. Atul Khatri,that made us realize that “Age is just a number,don’t let it be a state of mind”

We At Page3Mumbai thank Mr. Atul Khatri, for sparing some time from his busy schedule & wish him all the best for his Future endeavors!

1 thought on “Atul Khatri the Comedian Who Ensures You laugh Your Heart Out!”