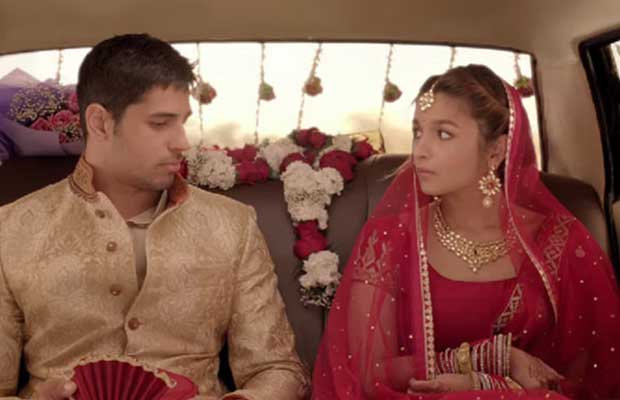 Shocked? Wait a second; Sidharth and Alia have surely got married to each other but for a coca cola advertisement and not in real life. The duo has dressed in bride and groom attire for latest commercial of Coca Cola. Their innocent act in the advertisement will surely bring smile on your face.

The duo looks adorable as married couple in the advertisement. But repeatedly Sidharth andAlia have cleared about their relationship with each other at various events. The duo said that they are not into relationship and are happy with each other in their friendship zone. Well, time will tell the truth!

On the work front, Sidharth and Alia Bhatt will be seen together in their upcoming film ‘Kapoor & Sons’. Days ago the look test of Sidharth Malhotra, Alia Bhatt and Fawad Khan started forShakun Batra’s film ‘Kapoor And Sons.

‘Kapoor And Sons’ is a romantic love triangle story between these three casts. Producer of the film, Karan Johar at a recent event had revealed that the film is very stylish and unique and so is the cast of the film. KJo is excited about the film, which would go on floors soon this year.