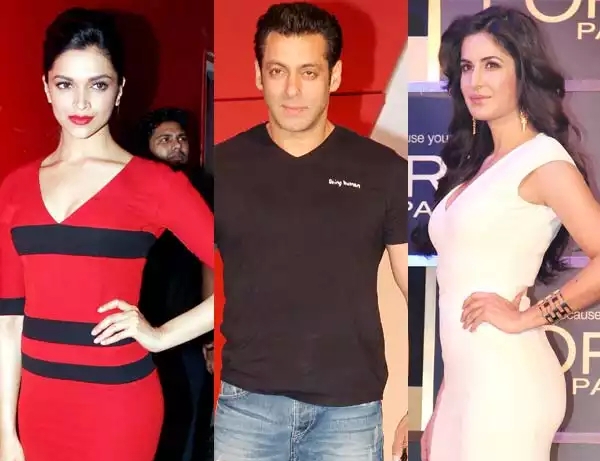 Looks like superstar Salman Khan’s hopes on working with Deepika Padukone haven’t been dashed yet.   The “Jai Ho” actor reportedly wants Deepika as his leading lady in his upcoming film with Kabir Khan. After failing to work with the “Chennai Express” actress in Sooraj Barjatya’s film, Salman is now keen on signing her in Kabir next directorial, reported Bollywood Life. However, the news certainly comes as a surprise since Kabir first choice has been Katrina Kaif. The “Dhoom 3” actress has featured in the director’s past films “New York”, “Ek Tha Tiger” and also stars in his upcoming action flick “Phantom”. Salman’s preference for Deepika over Katrina makes us wonder whether the superstar is really done working with his ex-girlfriend. Meanwhile, this is the second instance where Deepika’s name has popped up beating Katrina. Recently, it was reported that Ranbir Kapoor is keen on signing the actress over his present girlfriend in an upcoming superhero flick. Incidentally, here too director Ayan Mukherjee had wanted to cast Katrina opposite Ranbir, but the “Besharam” actor insisted on Deepika’s name instead. Salman’s wish to have Deepika as his leading lady has been a long standing demand of the actor. Initially, the superstar wanted Deepika in his action entertainer “Kick”, however, the film went to Jacqueline Fernandez. Similarly, the actress missed out on Barjatya’s film due to date issues. Now, it remains to be seen whether Salman’s long standing wish will finally be fulfilled. Katrina had recently stated that she is still in touch with Salman and the superstar is just a message away. But Salman’s insistence on working with Deepika instead of Katrina is sure to set some tongues wagging