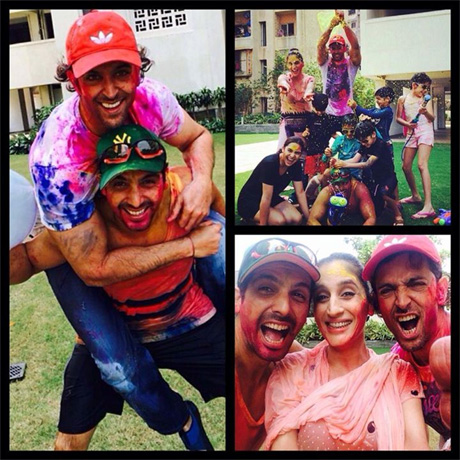 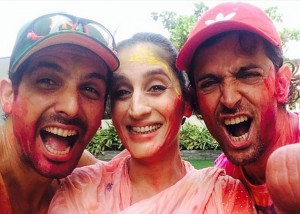 Hrithik Roshan’s 14-year marriage to Sussanne Khan may be on the rocks but his equation with her family seems to be intact. The Krrish 3 star celebrated Holi with his in-laws and while we didn’t see Sussanne in the pictures posted by her sister, jewellery designer Farah Khan Ali, on Instagram, it was clear Hrithik had a rainbow-coloured blast.

In the photos, Hrithik plays a very enthusiastic Holi with sister-in-law Farah Khan Ali, brother-in-law Zayed Khan and Zayed’s wife Malaika. The actor is known to be very close to his in-laws who are reportedly counselling the estranged couple and trying to keep them together. Hrithik and Sussanne announced they were separating last December, and have two sons together. Not so long ago, news of Hrithik and Sussanne’s separation hit B- 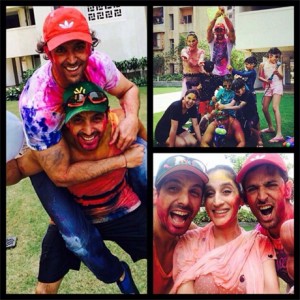 town after which the two have been spotted together just once. The couple has not been living together for a while now but looks like things have not gone all that sour.
Hrithik has every reason to seem upbeat with the lean patch in his career shrinking fast. Reports suggest that there is a chance that the actor is back in the reckoning for the lead role in Karan Johar’s Shuddhi. But the confirmation will have to wait till Karan returns from Sri Lanka where he is currently shooting for Anurag Kashyap’s Bombay Velvet.