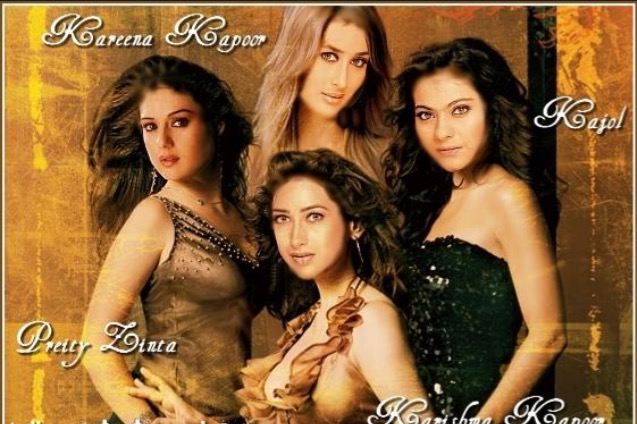 It’s easy to hit a bull’s eye by morphing the image of a Bollywood actress. Blend, morph, mix, overlap and alter the images is what we expect the sitting duck to do because they are jobless. Why are Bollywood actresses always victimized for such nuisances? With a cumulative advancement in technology as a means of communication, they suffer more and their reputation is hampered at a substantial rate. Actresses are often the subject of MMS scandal or the reason behind a leaked video. Internet is flooded with morphed images of Bollywood heroines, some of which are so ingeniously done that it is difficult to believe them as fake. Have a look at Bollywood actresses who became victims of image morphing:

Anushka Sharma doesn’t mind at all being dressed up skimpily or even wear a sexy bikini. So what was the need of taking pains to morph her images?

Veena Malik went berserk over her nude pictures taken up by a local magazine in Mumbai. She later gave out her statement to the media stating that she has been misinterpreted and the magazine has broken her trust. She also sent a legal notice to FHM magazine to pay her the damages worth Rs. 10 crore.

Vidya Balan has the pigs to put up a bikini picture in any magazine with a not-so-slim body but it is difficult to digest the fact that she has a scrupulously slim body as shown in the picture. Vidya Balan later revealed that she never did a sheer bikini shoot for any magazine.

Malika Sherawat is one of the biggest victims of photo shopping after her debut film. A hilarious image was leaked recently where her eyes were morphed, which was quite recognizable. Thank God it was just her ‘eyes’ this time around!!

Kajol can reveal her body in reel life but definitely not in real life. Rendering a fashion disaster, I’m sure she manages to slip that awkward moment with an excuse of image morphing.

Katrina Kaif is definitely an experimental mouse for image morphing fraudsters. She has been in news more for her morphed images and even has a fake video called “Katrina Sex Scandal” online. Poor foreigner has to go through nuisances in India.

Deepika Padukone’s image was morphed to make her Victoria Secret’s Angel and since she has a background as a bikini model, media almost considered the image as actuality!!

Well, image morphing has turned out to be a grave subject matter for our Bollywood celebs. This looks like an unending occupation for the image morphing junkies but this has to stop sooner or later to protect the privacy of these actresses. Beware junkies… Cops might put you behind the bars!!