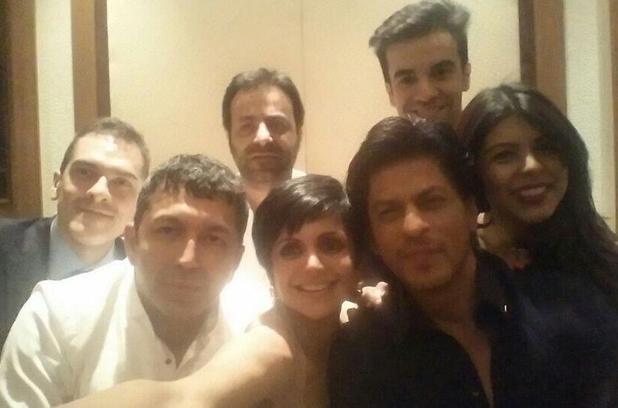 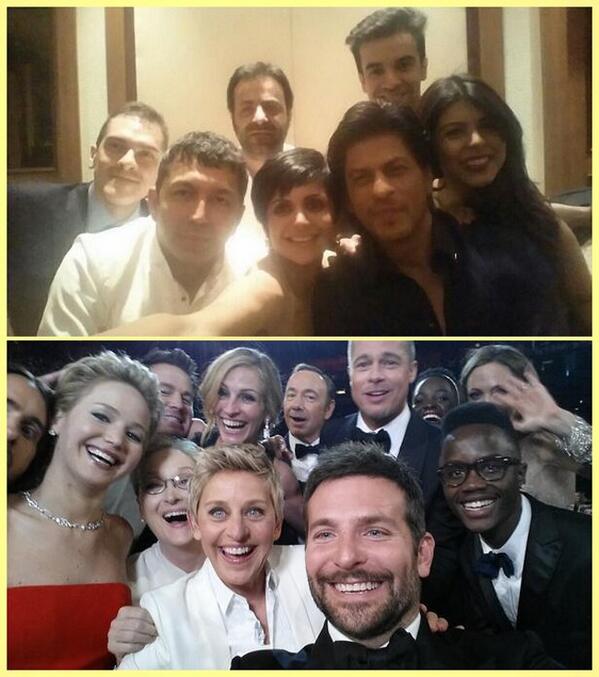 Anchor-actress Mandira Bedi posted the Bollywood selfie on Twitter with the caption: “We had our own selfie moment.”

A bash was thrown by luxury watch brand Tag Heuer, endorsed by King Khan, and during the same bash Shah Rukh and his Bollywood colleagues had a selfie clicks . Shahrukh is the star attraction of the selfie. Shahrukh Khan, who has been the face of Tag Heuer for the past 11 years, recently launched the company`s Golden Carrera watch collection in Mumbai. Directors Kunal Kohli, Tarun Mansukhani and Punit Malhotra were also spotted at the event that was hosted by Mandira Bedi. The picture has received over 750 retweets and it has been favourited over 1,200 times so far.

Hollywood`s star-studded [email protected] selfie, initiated by DeGeneres and captured by Bradley Cooper, featured the two celebrities along with names like Jennifer Lawrence, Jared Leto, Meryl Streep, Julia Roberts, Kevin Spacey, Brad Pitt, Angelina Jolie and Lupita Nyong`o and her brother Peter. It was a standout moment at the 86th Academy Awards, held at Los Angeles` Dolby Theatre Sunday. The picture received over 1.1 million retweets within just half an hour.