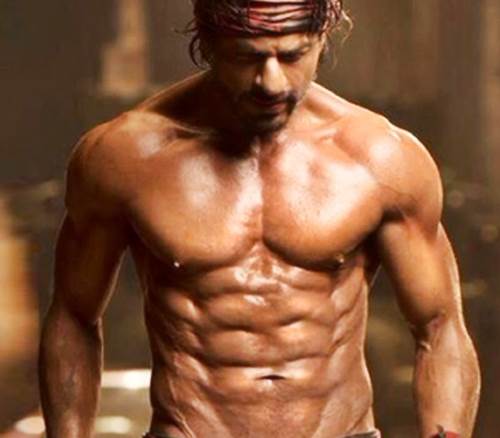 “I’ll do it my way” says Aamir Khan when he wants to get into the skin of the character. Easier said than done!! But there exists a category of fine actors in India who work meticulously to get that perfect physique for a role. Actors get into gruelling workouts to get the raunchy six pack abs which leads them to road of glorious stardom. Every die-hard fan wants their favourite actor to not only excel in acting but also want them to put up a sexy-show act enhancing their looks. We have listed 5 Bollywood actors who bulked up for roles in super hits of 2014:

Hrithik Roshan has always been a fitness freak and we have been eye-balling his six pack abs in every movie that has released till now. It was difficult to take your eyes off his chiselled physique in Bang Bang. It was nonetheless a difficult task to accomplish. Hrithik’s nutritionist put him on a six small meals a day diet rather than three square meals. Moreover, the actor worked out rigorously with Kris Gethin who is his trainer. No wonder he became the cynosure of all eyes.

Mr. Perfectionist acquired a killer physique in PK with full dedication. Firstly he created uproar with those six pack abs in his movie and then he has the braveries to stand nude behind a cassette player in the poster picture of the movie. Hats off to him!! A lot of strict, low carb, high fibre diet and rigorous exercise made him look like that. He perfectly nailed the look!!

Every chick in B-town was drooling over Farhan’s “sexy avatar” which was depicted in Zinda song from the movie Bhaag Milkha Bhaag. He always had a lean build but getting into the frame of an athlete is no mean job. He was put on a strict diet and the man used to work out 4 hours daily in shifts of two. Abs was not only his sole concern, but acquiring a body that looks like a sprinter seems to be an impossible task at hand and voila!! He did it!!

Siddharth will soon be seen in an upcoming movie named ‘Brothers’. ‘Brothers’ movie will be portraying two actors as brothers who will be fighting against each other in boxing rings. Siddharth will be playing as one of the brothers and has put up a rustic raw look in the movie. He has always proved that he is a raw actor with rare looks of an angry young man, analogous to that of Amitabh Bachan. But looks are not enough for his wrestler role in that movie. He was evidently put on high protein diet to bulk up and had to work scrupulously to increase his muscle weight.

Well, looks like it was no big deal for Shahrukh Khan to once again bulk up with eight pack abs for a movie. That doesn’t validate he didn’t grind himself for such a toned physique. For a man who is nearing 50, such strenuous exercise is an inspiration in itself. His trainer Prashant made him run on a fire for five days a week and generally those workouts lasts at night because Shahrukh is a nocturnal person. He was on a strict diet and diligently worked to maintain his body for acquiring a perfect shape. The appreciation he got from his audience was an inconceivable reward for him!!

Claps for our Bollywood actors!! Who says their life is a cake walk?! Only they know what level of dedication and hard work goes into building that physique. Bulking up is definitely a motivating story to tell our impending actors!!