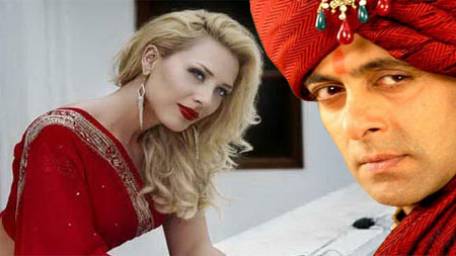 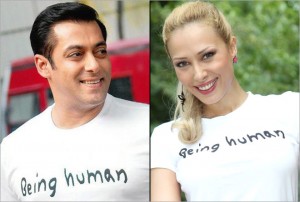 Bollywood superstar Salman Khan, who has mentored actors and actress like Arjun Kapoor, Sneha Ullal, Katrina Kaif, Zarine Khan, among others is all set to add another name to the list. This time ‘Dabangg’ Khan is all set to launch his rumoured girlfriend form Romania Lulia Vantur.  Iulia Vantur will be seen in a special song titled ‘Ummbakkum’ in Atul Agnihotri’s ‘O Teri’ starring Pulkit Samrat, Bilal Amrohi, Sarah-Jane Dias and Sara Loren. The song is sung by popular Punjabi singer Mika.

Superstar Salman Khan has hinted at a possibility of getting hitched by the end of this year as he is tired of being single for a long time. The 48-year-old Jai Ho star, who was at his funniest best at an event , did not rule out the chances of marrying Romanian beauty Lulia Vantur, whom he is allegedly dating for quite sometime. The Romanian beauty was seen many a times on the sets of  Salman Khan‘s ‘Jai Ho’, which was also shot in Romania. According to reports, Salman Khan took personal interest in the song’s shoot. He even saw the final cut of the song before its release. Sources close to the film revealed that the song was released only after Salman Khan’s final nod. The said song features a sizzling hot Iulia Vantur in skimpy outfits shaking a leg with the film’s lead actors. Iulia sure knows how to go about with her Bollywood ‘thumkas’. And the final cut of the song reiterates Salman Khan as the perfect talent scout of the industry. Meanwhile, Salman Khan has also hinted that he might get married to Iulia later this year. At an event in Mumbai, Salman Khan shocked everyone when he said, “I am sighing more since it has been two-and-a-half years. It’s time to stop sighing because something soon will happen in my life…” 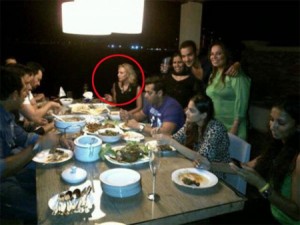 “When you are in a relationship you try everything to see that she doesn’t leave you. You try to be good. You give her a silent treatment. You yell, cry and when nothing works you say go.

“I thought they were the most correct people for me… Great girls bad boyfriend. I have not been like the most incredible boy friend. I could be the friend and I have heard this from the ex girlfriends also that (he is) a great friend but miserable boyfriend,” Salman said.The actor also thanked his parents — father Salim Khan and mothers Sushila Charak Khan and Helen — for being with him at his worst times.
“No child would have given them as may problems. I was a naughty kid. They had to hear slanderous things about their son from others — the jail episodes, the cases that have come. If these things would not have come, my father and mother would have looked as young as I look now,” salman khan  said.