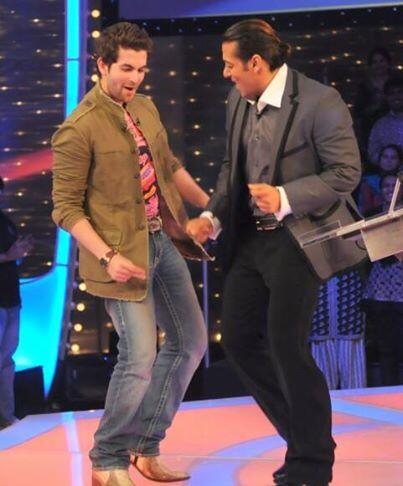 Neil Nitin Mukesh has been locked to play the role, for which Vidyut Jamwal was earlier approached. Added a source close to the film’s production, “The makers have had lengthy discussions with Neil, who has consented to Sooraj in principle. But, he is yet to sign on the dotted line. That should happen in the next few weeks as Neil is really kicked about the film. Bagging a Sooraj Barjatya film could revive his career which hasn’t been in great shape lately following a series of duds.”

In case you are wondering how was Neil cast as Salman’s brother, since the two don’t look even remotely similar, well here’s the twist in the tale: Neil will be seen playing Sallu’s stepbrother in the film.
Neil is not the archetypal younger brother. His character is not negative but has shades of grey. Apparently, that was the reason Vidyut turned down the role. The film will reunite Salman Khan with the Barjatyas after 15 years. They last worked together in the 1999 blockbuster Hum Saath Saath Hain. The superstar is looking forward to playing Prem again.