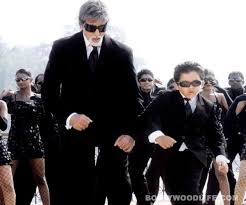 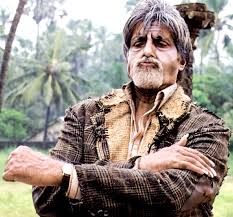 Megastar Amitabh Bachchan is back in action with the first trailer of Bhootnath Returns. A sequel to the 2008 film Bhootnath, the film looks like a full on entertainer for kids and family. The trailer begins with Amitabh being ridiculed by his fellow ghosts for not being able to scare kids. An embarrassed Amitabh pleads with the officer in swarg to do something to redeem himself. In reply, the officer advises Amitabh to go back to earth and scare some kids to clear out his name. Once back on earth, Amitabh meets another young boy who can not only see him, but also is far from scared.

The trailer has some superbly funny moments like when Amitabh tries to scare away the kid by saying Main bhoot hoon”, the kid replies, “Aur mai chudail hoon. Shaadi banayein kya?” Due to unrevealed situations, Amitabh decides to fight the elections aginst a local goon-turned-politician played by Boman Irani. The film is about what follows thereafter. If the trailer is anything to go by, the film seems to be a laugh riot and shows Amitabh in great form. The young boy played by Parth is a treat to watch.  The Bhoothnath Returns trailer is out!Hope you like it Mr Bachchan is a colossus of energy & young Parth is a delight.

As they say in the trailer, “Trailer hit to picture hit. Aur gaana hit, to picture superhit”, Bhootnath Returns seems to be a great mix of comedy, drama and wit. The film is also likely to have Ranbir Kapoor and Shah Rukh Khan in special appearances. SRK was a part of the prequel. Megastar Amitabh Bachchan has started shooting for “Bhootnath  returns”, a sequel to the 2008 release of the same name.The first part starred Amitabh Bachchan lovable ghost besides Juhi Chawla, Aman Siddiqui, Priyanshu Chatterjee and Rajpal Yadav in lead roles. Shah Rukh Khan had done a cameo in the film.

Ever since, Chopra’s banner, BR Films — makers of hits like Waqt (1965), Burning Train (1980) and Baghban (2003) — hasn’t produced any Bollywood film. But now, the iconic banner is back with Bhoothnath 2, a sequel to the Big B-starrer. Part two, again starring Bachchan, will be produced by BR Films and Bhushan Kumar of T-Series. While we cannot wait to catch the movie in theatres on April 11.