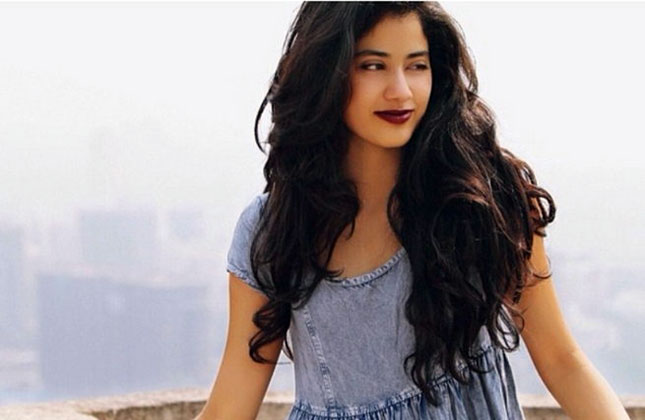 t is time for the next Bollywood star to be launched and that is none other than Jhanvi Kapoor!! Jhanvi Kapoor, daughter of Director Boney Kapoor and Actress Sridevi, is said to have born with a “platinum spoon” for directors waiting anxiously to cast her in their film.

There is nothing more powerful for a Bollywood biggy to decide her launch film. It’s the era to rule the film industry with a glamorous debut film, like many other Bollywood biggies have done for their kids. So will Sridevi do!!

Sridevi’s daughter may have yet to star in a film, but the star kid surely is aware of all the know-hows of being a Bollywood star. After keenly eyeing at her pictures uploaded on social networking websites, she definitely knows how to pose in a picture with all starry nakharas at its best.

According to the recent reports Karan Johar who has launched careers of Varun Dhawan, Sidharth Malhotra and Alia Bhatt, is ready to mentor Boney Kapoor and Sridevi’s daughter Jhanvi Kapoor in Bollywood soon.

It looks like the filmmaker predicts the perfect time for a star kid to enter the industry.

The launch of Jhanvi Kapoor

It is also heard that Karan wants a promising newcomer in his film opposite Jhanvi. There are various stories for the launch of Jhanavi Kapoor in films.

Speculations are such that Sridevi once wanted her daughter to be launched in a South Indian movie but she later changed her mind and shifted her focus to Bollywood launch.

Sridevi is the most talked about yesteryear’s heroine in B-town presently for her oh-so-glamorous avatar.

With a well-maintained body and seamless flamboyance, she can carry off any outfit with grace. Millions of eyes tail her while she walks with utmost poise on the red carpet. Following her steps, Jhanvi seems to break the records too. She has been taking lessons about acting, dancing and all those things which are needed for Bollywood star to rise.

The teenager has always helped her mother with the latest of fashion trends, and now is slowly making a mark for herself as a teenager style icon. At the Fashion shows, Sridevi and Jhanvi have been the cynosure of all eyes.

If reports are to be believed, she was recently spotted at a city’s club partying with her friends posing like a star for every picture clicked. She sure seems to have a “star quality” when it comes to posing for her fans.

Her pictures reflected that she was drunk at the party and knew no bounds while she danced away to glory. Well, this sure is a sign of B-townies rejoicing before getting started with work.

Did you know the relationship between Jhanvi Kapoor and Arjun Kapoor? if no then you must read that story we linked on.