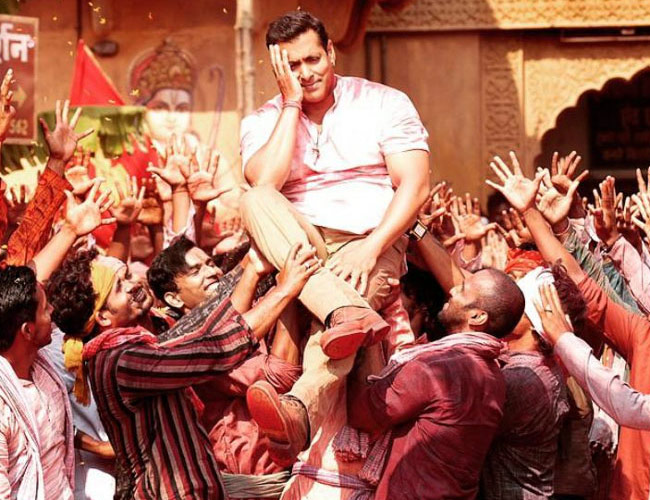 The superstar of Bollywood, our very own Style Bhai Salman Khan is undoubtedly the happiest man on planet earth today. His recent Eid offering Bajrangi Bhaijaan has not only set the Box Office on fire but also catapulted the actor straight to the number one position. Bajrangi Bhaijaan Sallu Bhai, who people know not only as actor but as a man with a heart of Gold has managed to melt our hearts yet again with his extremely thoughtful gesture.

Bajrangi Bhaijaan is ringing the cash registers at the box office and Salman Khan has stepped into the shoes of a ‘giver’ and has expressed his desire to give away a part of profits from the film to the farmers of the nation. The plight of the farmers of our country is something that is soul stirring. Every day we read about debt ridden farmers committing suicide as they see themselves caught in the vicious cycle of poverty. The Being Human actor Salman Khan has hence decided to do his bit for the farmers of his nation.

The film is an emotional roller coaster ride about a very young mute girl who hails from Pakistan who gets stranded in India. The film boasts of an impressive star cast like Kareena Kapoor Khan as well as Nawazuddin Siddiqui and is directed by Kabir Khan. The audiences are all head over heels in love with the child artist Harshaali Malhotra. Infact, Salman’s gesture inspired Rockline Venkatesh, who co-produced the film along with Salman, to also contribute his share. However, there has been no official announcement regarding the same from Salman for now. Whatever be the case, we know truly from our hearts that Aise hai bhaiiyya Bajrangi.