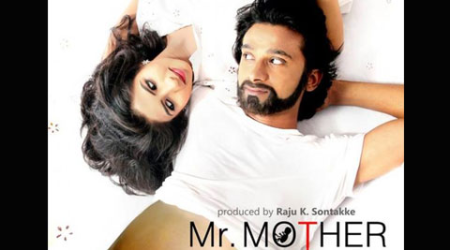 With South India’s magnum opus Bahubali and Salman Khan and Kareena Kapoor starrer Bajrangi Bhaijaan getting cash registers ringing at the box office, release of other movies that were lined up to release on this Friday were postponed. After Riteish Deshmukh and Pulkit Samrat starring ‘Bangistan’ was postponed, director I.A. Siddique’s directorial venture called ‘I Am Mr. Mother’ which was scheduled to release on August 7 too was moved so that these releases with interesting concepts too grab eyeballs.

The director stressed that his project is completely original. Sounds like an interesting and a different concept. The idea of a man getting pregnant is itself bizarre and it will be fascinating o watch how director Siddique unfolds the tale on big screen.

Speaking to the media, director Siddique further threw light on the subject, “It is a dark, emotional story about pain, anguish, love and sacrifice. My film is an eclectic intense drama performed by intelligent, but eccentric individuals to understand the basic pain behind the process of birth and what women feel. If we feel deeply what women feel, there won’t be any kind of violence against women.”

The film is also cited to be bold and daring and the director is extremely confident about his content and delivery. “My film is original from first scene to the last. I’m completely confident about my content and that’s why I haven’t taken a single frame from other movies. There are no Shah Rukh (Khan) and Salman (Khan) in my film so, content is the star for me,” he said.

Being candid about the subject and the explicit scenes, Siddique clarifies, “I won’t deny that my film is extremely bold and daring. No one has ever been so daring and no one will ever dare to attempt such a subject. There are scenes involving sex and drug abuse but they are an integral part of my script and a demand of the plot,” he said.

The film is produced by Raju K. Sontakke under the banner Shri Raja Productions with Picturetube Motion Pictures.

The character of a pregnant man, will be borought alive on screen by Gabriel Vats. The film also stars Munmun Guha and Nishi Singh.

Intrestingly, the emotional drama has even praise from none other than legendary actor Amitabh Bachchan recently. With Big B praising the director and the film, excitement and expectations around the project are bound to rise.

Page3Mumbai wishes the team of the movie, ‘I am Mr Mother’ all the very best.