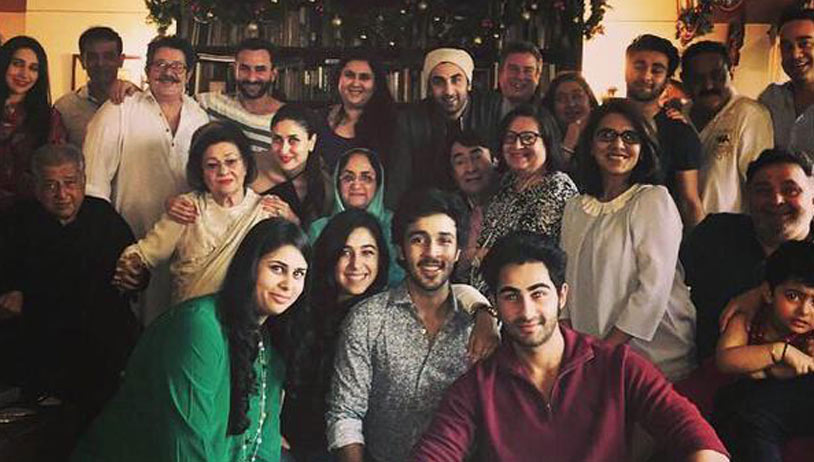 Trilok was a famous actor of mythological films and his cousins Raj, Shammi and Shashi were well-known actors of course. The name Kapoor is a legend in Hindi films with so many of the boys and girls now occupying exalted places in the industry.

Raj Kapoor, Shammi Kapoor and Shashi Kapoor are the names from 2nd generation of Kapoor family.

Bobby is the film that saved Raj from near bankruptcy after the debacle of his Mera Naam Joker in which he sustained unbearable losses because the public simply did not like it or did not like the concept of Raj making a fool of himself whereas he had been held in such high esteem and admiration that the public could not accept such denigration of their hero even by himself.
Bobby was a smashing success although it was directed by Raj himself and acted by his youngest son Rishi who went on from there to become one of the finest actors of Hindi cinema. 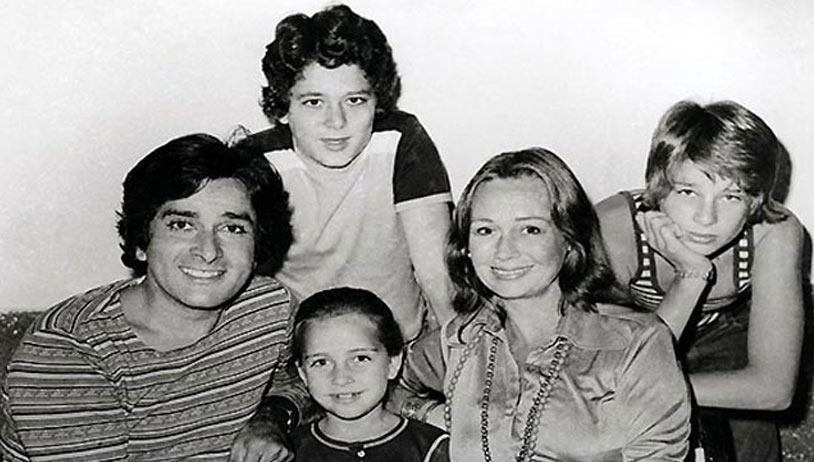 Shashi met English actress Jennifer Kendal in Kolkata in the year 1956. The duo was working for their respective theater groups at the time. Soon, the couple fell in love and exchanged vows in July 1958. The couple had three children, Kunal, Karan and Sanjana. In 1984, Shashi lost Jennifer to cancer, taking the actor to an all-time emotional low.

Randhir married actress Babita, when he was just 24 after co-starring with her in Kal Aaj Aur Kal, as the couple fell in love during the shooting of this film.

The couple separated in 1988 as differences arose between the couple as Randhir’s acting career slumped after 1983 and Babita wanted her daughter Karishma to be an actress.

Karisma tied the knot with businessman Sanjay Kapur and later divorced him, Kareena is the begum of actor Saif Ali Khan (They are expecting, first child in December 2016 ).  Ridhima & the nation’s heartthrob Ranbir Kapoor are the children of Rishi and Neetu. While Ridhima tied the knot with businessman Bharat Sahni, and Ranbir Kapoor and Katrina Kaif Relationship is now confirmed as they announce plans to marry.