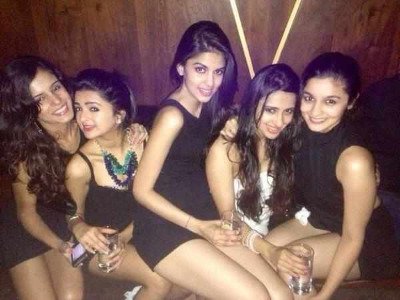 Mumbai is known as the land of dreams. A lot of people come to the city with dreamy eyes and so many eyes are dazzled by the glam-sham of the Tinsel Town. Rarely does one come across an individual who hasn’t been been bit by the Bollywood bug. If you are totally star-struck and eat-drink-walk and talk Bollywood and are in awe of Mumbai Nagariya, you should know these bunch of places in Mumbai that are a favourite among celebrities by heart and they are also best hangout places in Mumbai. 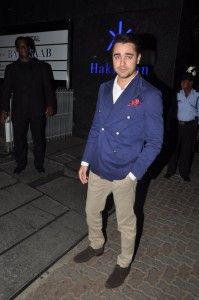 Hakkasan is one hangout where you are most likely to be seated across a celebrity while enjoying your dim sum platter and sipping Hakkatinis. The man who gave us ‘Dilwaale Dulhaniya Le Jayege’ the biggest films of all times, filmmaker Aditya Chopra, is likely to bump into you in one of your trips to the hangout. He is also known to be one of Bollywood’s biggest recluses. Well, the chances are you won’t even recognise him as his face isn’t a regular one in the tabloids. But who knows, your face could be the face of one of his future ventures.

Hakkasan, Mumbai branch of the Michelin-star is a Chinese restaurant from London that opened its oak-wood doors to the public on 2 June 2011. The Gilles and Boissier designed 6,500 square feet of glamorous restaurant and bar is what attracts most f the celebrity tribe. Stars like Katrina Kaif, Shilpa Shetty, Imran Khan, Ekta Kapoor, Karan Johar, Aditya Chopra, Sanjay and Manyata Dutt, Ranbir Kapoor, Sonakshi Sinha and some members of Kapoor family are often spotted here.

The 4,000 square feet Italian restaurant opened in 2010 is immensely popular among the stars. Megastar Amitabh and Jaya Bachchan along with Abhishek and Aishwarya love eating here and are often spotted enjoying some real  quality family time. The pretty Gauri Khan too loves to hangout here with her gang of girls. You will notice Bollywood stars becoming ‘Selfie-obsessed’ over here.

This Chinese restaurant is housed in the Taj Land’s End, Bandra and is

cherished by none other than the King Khan himself. SRK dines here once a month with his lovey wife Gauri and kids Aryan and Suhana, and his sister. Interestingly, SRK reads stories and even gets some games along to entertain his kids as they tantalize their taste buds with some assorted Chinese fare — Chicken in chilli- coriander sauce being Gauri’s favourite. Hrithik Roshan loves the steamed fish and dim sums. Hearthros John Abraham and Shahid Kapur are frequent diners too.

Olive is where the action is. Olive has witnessed some of Bollywood’s biggest dramas unfold. Remember SRK and Salman Khan’s legendary squabble on Katrina Kaif’s birthday in July 2008? Nevertheless, this hangout boasts of some loyal patronage of Katrina Kaif, Salman Khan, Zayed Khan, John Abraham, SRK.

The carb fare over here, spread no one. Even the slimmest and he fittest of the celebrities give in to their carb cravings. Juhi Chawla and Siddhartha Mallya love the warm breads here. Rishi and Neetu Kapoor and Randhir Kapoor are regulars here.

This resto-bar and lounge has the best sea view you can feast your eyes on with a drink in your hand. You can watch the waves roll by and the sun go down. Who knows you could actually end up spendding a star studded night with cocktails alongside Bollywood’s best faces like Piggy Chops, Farhan Akhtar, AB Junior and Preity Zinta.

Nothing gives you a better look of the Queen’s Necklace in the city than the Dome. As you let the view seep in, as you snuggle close to your date, you feel on top of the world. Ness Wadia, Vivek Oberoi and Fardeen Khan who are sighted here often.

This restaurant located in one of the most choked lanes of Bandra, is surprisingly always bustling with models and actors. Ace fashion designers Abu Jani and Sandeep Khosla, Shweta Bachchan-Nanda, Sameera Reddy, Kunal Kapoor, Cyrus Sahukar, Arbaaz Khan and wife Malaika Arora-Khanflock to this eatery regularly.

This Indian speciality restaurant is in news because Bollywood’s yet another recluse eats here – Aamir Khan. He often orders off the menu, but requests the chef to customise it to his taste. Aamir’s goal is to eat a well-balanced meal and the chefs too are now attuned to his specifications. So, if you want to meet this creative and intellectual mind, you know you have to dine at Masala Bay.

It won’t be an overstatement if one says that this eatery literally buzzes with celebrities all day and everyday. Priyanka Chopra, Shahid Kapur, Rani Mukerji, Tabu, Ranveer Singh, Anushka Sharma, Arshad Warsi and wife Maria Goretti, Ekta Kapoor… the list could go on and on and forever.