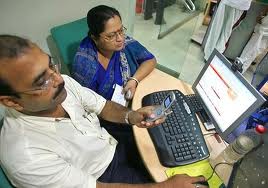 In the present day scenario, Internet plays such an important part in our day to day life. Be it an office going person or a housewife or a student, internet is very important for everyone. Be it a school/college project or office presentation or a new recipe or info about new place you want to travel, you get all kind on information if you have access to an internet connection. Dependency on internet has increased tremendously as you get all kind on information at click of a button.

And now due to availability of Mobile Internet, accessibility has increased two-folds. So according to the recent survey and joint study done by Internet And Mobile Association of India (IAMAI) and Indian Market Research Bureau (IMRB), Aamchi Mumbai has emerged with the highest number of Internet users in the country. According to them in country with 243 million users, Mumbai alone has 16.4 million users till October this year. Aamchi Mumbai is the highest Internet user according to the latest data

These 8 cities alone accounted to 58 million of the total users with Kolkata having 6.27 million, Bangalore with 5.99 million, Chennai with 5.58 million, Hyderabad with 5.08 million, Ahmedabad with 3.72 million and Pune with 3.62 million users. While the top 4 metros recorded 23 % of Internet penetration, other cities recorded just 11 %. Other smaller cities, with population of over 1 million like Surat, Jaipur, Lucknow, Vadodara, Nagpur also recorded highest internet users. While Surat recorded 2.97 million users, Jaipur has 2.35 million, Lucknow with 1.95 million and  Vadodara has 1.85 million Internet users.

More over now since mobile internet is easily available; Internet usage is more in cities. But in rural areas again it’s becomes quite expensive and also due to network coverage people don’t get access to internet.

Hope the scenario changes soon with the new government would try to make Internet accessibility to more and more people, even from rural areas where Internet penetration is low, get access to Internet connectivity.