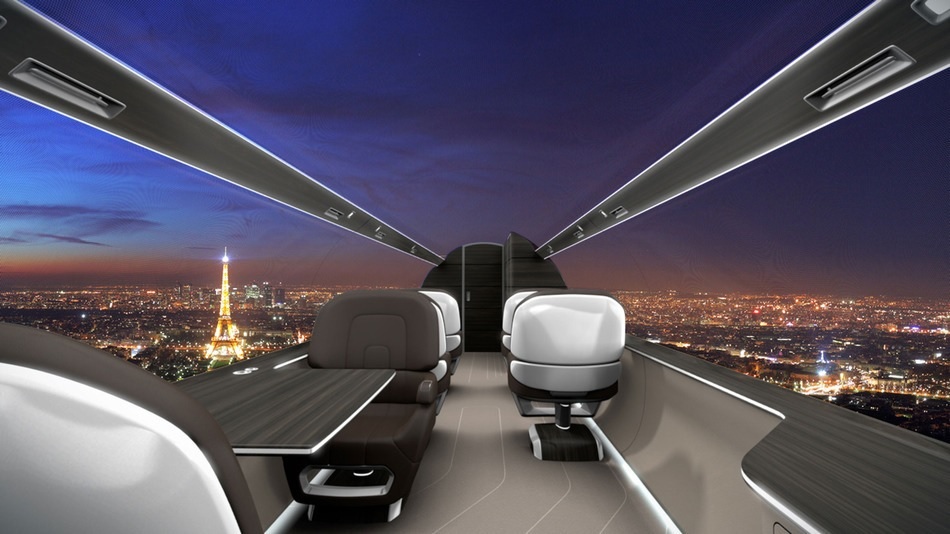 As the title suggests, could the windowless planes be the future next generation in reality?

The answer is YES!!

Technology is insane and has reached at its peak in the current scenario. With a great boom in mobile world, the masterminds in the aviation sector have come up with a brand new concept of “Windowless Jet”, Sounds pretty cool! Travelling from planes is a kind of excitement, fun and fascination. How would you feel if your excitement could be doubled? However, for those who like the thrill of watching clouds or the slow reveal of your destination, here you go for the new version of a windowless jet that won’t leave you in dark.

This is what the future of aviation could look like- Windowless Jet!

Well, the UK based Tech Innovation Company (CPI) is proud to be the first to design a windowless aircraft. Instead of windows inside the plane, it would have high-definition (HD) flexible screens to see the panoramic views outside the aircraft as it soars through the air.

In other words, there are no real windows in the planes passenger area and the displays create the fantasy that the cabin walls are crystal clear.

What is the actual concept?

This amazing idea of windowless planes could become a reality within 10 years according to the sources.

The plane would use OLED screens which are in-built with high-end and thin-film display technology with protective coatings made to maintain the display for its lifetime.

The travellers would also be able to set their screens to show a live streaming of outside picturesque surroundings from a completely different portion of the plane.

The company stated the imaging those are visible to you from the panels would come from assembled cameras outside of the aircraft that can offer unobstructed panoramic view.

For the starters the plane walls would be thinner, more lightweight and stronger that the actual one we have right now.

According to the basic calculations, each time plane weight reduces 1 percent, there is a 0.75 percent of fuel cost, and thus, it would be cheaper which could lead to less pricey flights for the travellers and in turn allows the plane’s designers to fill its interior with even more luxurious stuffs.

Hang On… Before you start saving up your money to book an amazing windowless flight, know that this is just an Idea as for now. There is no actual prototype to goggle at n person nor are there any plans at the current moment to build one. Hence, you have to wait for this astonishing idea of windowless jet.

Page3mumbai wishes good luck for the designers and hopes to launch this awesome windowless plane very soon in near future.