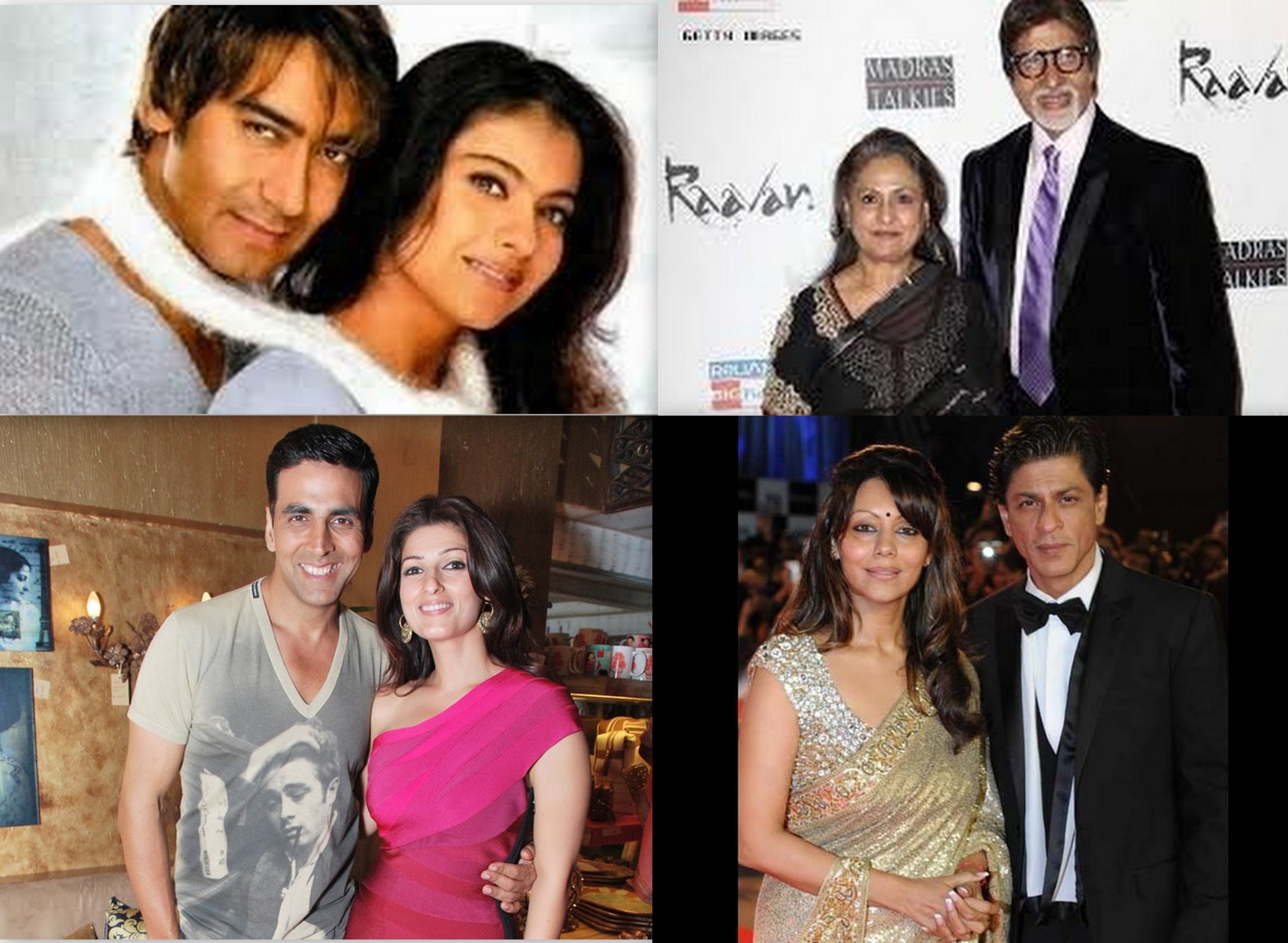 Infidelity aka betrayal or unfaithfulness can be devastating. When discovered, it inverts a marriage and creates chaos in the family. Infidelity marks the end of many relationships, causing heartbreak and pain. Many such incidences can be seen in day-to-day life. What would be the reason behind a betrayal?  Well, the glamour industry is not behind and has had its fair share of instances where men have found comfort in the arms of another woman and thus, divorced their first wives. But, as they say, Love conquers all!!! There are some marriages that have survived betrayal and unfaithfulness. Here are top 5 Bollywood marriages that have endured despite rumors of infidelity.

Big B and Jaya Bachchan is one of the strong couples since 39 years. Yes, the couple recently celebrated their 39th Anniversary, but the alleged affair between Amitabh and Rekha has been still on the air and yet it never fails to spark interest. The duo appeared in a series of hit films. Their blazing on-screen chemistry was shadowed by rumours of an unacknowledged off-screen romance. The legendary romance came to an end in the filmiest way, on the set of the Coolie, when Amitabh was severely injured; it was Jaya who nursed him back to health and making him realize how much she loved him. After he broke up with Rekha, the two have never exchanged a word in public since, as far as anyone can tell.

Ripples of shock went through the Bollywood grapevine when the most dedicated family man, doting father Shahrukh Khan was said to be getting all too close to his Don co-star Priyanka Chopra. Isn’t everyone aware of the 3 AM visits SRK paid Pee Cee that sparked rumours of an affair brewing? Well, SRK and Gauri have been married over 20 years and their real life romance had all the masala we have come to expect from the movies. Priyanka, an acknowledged SRK fan, was always spotted around King Khan, be it on the film sets or at award functions leading to raised eyebrows of Gauri Khan. The hateful looks that Gauri and Priyanka exchanged during the recent award function sure did make headlines. But Gauri stuck to her man and their relationships proved strong enough to stand up to the battering. We also hear that Gauri has also made it clear to her superstar husband that he is not to work with Priyanka again.

Akshay Kumar and his rumored affair with Priyanka Chopra are still fresh in the minds of people. Before SRK, Pee Cee was involved with Bollywood Khiladi Kumar. After doing back to back successful movies, Priyanka and Akki started a behind-the-screen affair but eventually it came to an end. The rumours were refused by both Akshay as well as Priyanka who said she was not at home-breaker. Post that, we have not seen the duo together for a very long time and Twinkle Khanna and the Khiladi of Bollywood have had their second child since.

The most outstanding actor of yesteryear, Dharmendra fell in love with dream girl Hema Malini and wanted to marry her, But as he was already married to Prakash Kaur and have two sons, Sunny and Bobby. When he asked Prakash Kaur for a divorce, she refused, forcing Dharmendra and Hema Malini to change their religion to Islam to get married. Dharmendra, however, still lives with Prakash Kaur but is married to both the women.

Bollywood Action hero Ajay and Kajol have been married since 1999. According to a report published in a leading magazine, action hero Ajay had a secret affair with his Once Upon a Time in Mumbai co-star Kangana Ranaut. Evidently, Ajay was all set to leave Kajol; Kajol not a woman to take things meekly, the couple patched things up and the affair come to an end. Kangana is not on talking terms with Ajay any longer. Kajol and Ajay are still very much in love with each other and are living a happy married life with their two kids.

It’s ordinarily encountered that the film stars fall in love on the set. Many of the Bollywood’s greatest romances took place off camera, including Rishi Kapoor and Neetu Singh and most beautiful Aishwarya and Abhishek Bachchan. It is also not common for one of the two stars involved to be already married. Very few of these love stories have a happy ending like the married Dharmendra and Hema Malini, who became his second wife. There is usually heartbreak for the ‘other’ woman or man and the erring partner returns to the fold.